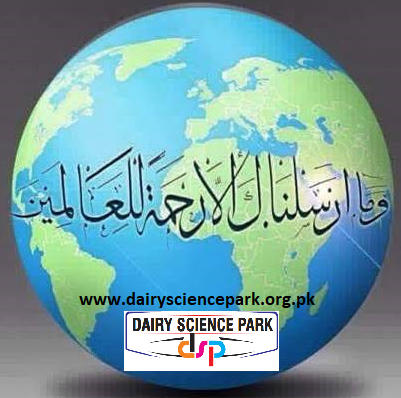 Various provincial dignitaries supported this sacred mission and Mr Inayatullah Khan took the message very seriously and pursued it through release of ADP funds and support of an autonomous DSP Board. He was especially comfortable with the idea of self-accountability through an Endowment Fund, needing no operational fund. Secretary Local Governmetn KP initiated a note for approval of the Chief Secretary recommended approval of an ADP project to provide Academic Support to the Livestock SMEs under DS Park, establishment of DSP Board through KP DSP Act and establishment of a slaughter house to support Halal meat export. The Additional Chief Secretary declared the concept as an innovative idea and extended his full support; however, it could not move forward due to resistance by a bureaucrat, as reported by the Business Recorder.

The Chairman HEC, Prof Mukhtar Ahmad has been very kind in supporting DSP as Center of Excellence and supervised an MoU (HEC-KMU-UAP-DSP MoU on BRM) to develop a curriculum for Pakistani Universities in various biological sciences. Dairy Science Park was registered as a Society under Societies’ Registration Act XXI of 1860 (Reg No.4582/5/8589 dated 2-7-2015) by Government of Khyber Pakhtunkhwa and accepted by KP Chamber of Commerce and Industries as a Corporate Member. The United Nations has accepted DSP as SDG Action 9671. DSP Objectives have been:

I am thankful to faculty members, students, staff and the administration of the University of Agriculture Peshawar, for their constant support. Especially our family had to bear the tremendous stress and financial burden during the execution process. I consider it as a sacred mission and my father Prof Qureshi has presented it as a gift before the people of the Region, especially those hit with poverty, illiteracy, and food insecurity.

We envision KP, FATA, and Northern Areas of Pakistan, and the adjoining regions of Afghanistan, Tajikistan, and China as a hub of livestock and poultry entrepreneurs backed up by quality control, R&D, and marketing support organizations, with prosperous people, accepted under #SDGAction9671 of the United Nations. The Fourth International Conference and Industrial Exhibition was held at Selcuk University Konya, participated by 50 delegates from Pakistan and others form twenty countries. An MoU is in process with Konya Teknokent for establishment of Technoparks at Peshawar, Mardan, Quetta and swat.